I need to add a disclaimer before I begin this review.

That fact that my previous scroll saw, was well, not all that good. It was an old Delta 16″ that worked but it was quite noisy and the vibration was kind of unnerving, least for me. I am sensitive ya know 🙂

Seriously though… scrolling has always been one of my favorite woodworking past times, but my Delta didn’t make it all that enjoyable. So I didn’t use it as much.

I had been looking for a month or so and it was between a Excalibur and the Newer Jet 21″. I did like the blade change feature on the Jet. It seemed like a nice feature.

But, it just so happens, Luckily I caught the Pegas saw pre order, at a sweet pre order price. Awesome saw, awesome price. Tipped me in the Pegas direction.

I ordered for the first retail batch coming to the US. Waited a while, but it was well worth it. Though I was like a kid waiting to open Christmas presents.

Of course I am talking about the Pegas 21″ Scroll Saw. If you are not aware, the saw is made in the same factory with the same materials as the Excalibur and King Saws. So it’s pretty much the same saw. I’ve been salivating over an Excalibur for years, so the Pegas was just made for me.

Plus the saw comes with a Pegas Blade Chuck already installed on the site. They say it’s a $90 upgrade alone. 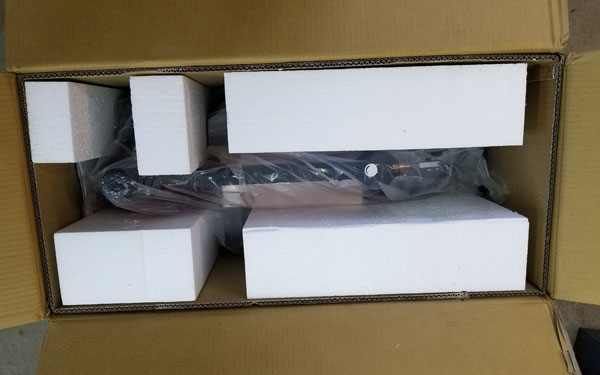 Was even bolted down to a piece of plywood for a even sturdier package.

Came with the all the necessary parts:

Although, it was pretty much ready to use out of the box. Came with a Pegas blade pre-installed. So it was just a matter plugin it in and turning it on. 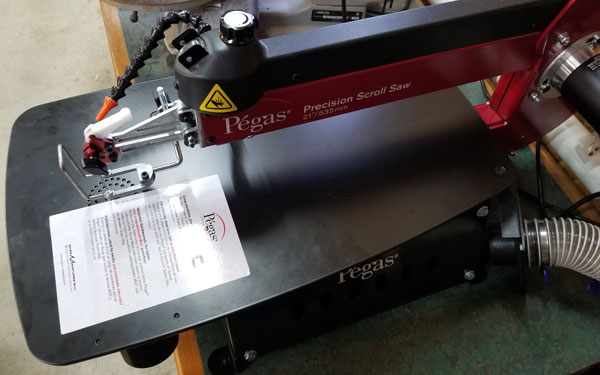 Not to mention, it’s a good looking saw.

After using it for a couple months now, here is my opinions:

The good news is I did come up with a solution when it comes to dust collection, you can read about it and see it here: Loc-Line 80813 Dust Collection Kit

Honestly I can not think of anything else I don’t like about the saw, it is a dream. I would buy it again without hesitation.