We’ve recently gotten in to the whole smart home thing. Actually it has been very useful and gotta say it’s pretty cool.

I’ve have a regular echo unit on my desk and well, it did not always work well. Mainly because the only spot I really had for it was behind my monitor, and it seems Echo doesn’t hear too well through computer monitors.

I checked out the one place that should have tons, but sadly they did not really have many and I didn’t like any of them.

So I figure, hey I should make my own. Would be unique and cool. Well, that was the hope.

In the end, I think it turned out pretty good… 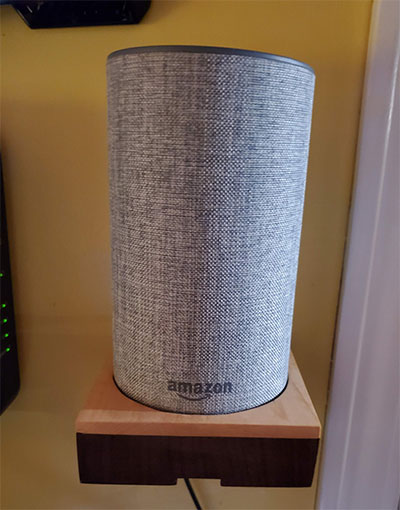 It was a simple thing to build. I had a nice piece of walnut (my fave) that I cut to size. I was going to route out a circle for the echo to sit in, but I got lazy. Didn’t feel like dragging out the router, circle jig and a bit. So I decided to just use a piece of 1/4″ pine I had. Cut it to size. Then I used the scroll saw to cut out a circle. I glued the pine to the walnut.

Next I routed out a groove for the bracket. Used a simple, cheap, metal L-Bracket. Sanded everything up nice and pretty. Finished it in several coats of poly. 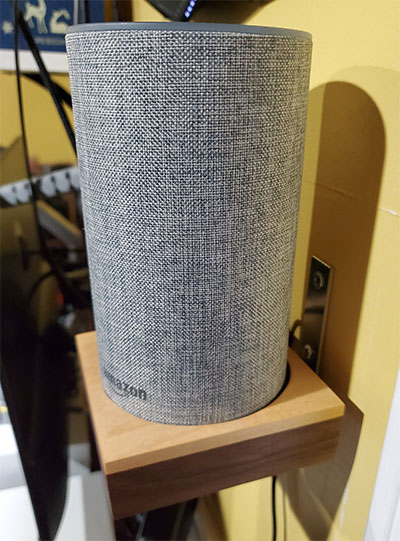 Set the bracket in the groove and screwed it in. Since the brackets have screw holes in them, on both legs, just used the other leg screw holes to mount it on the wall. 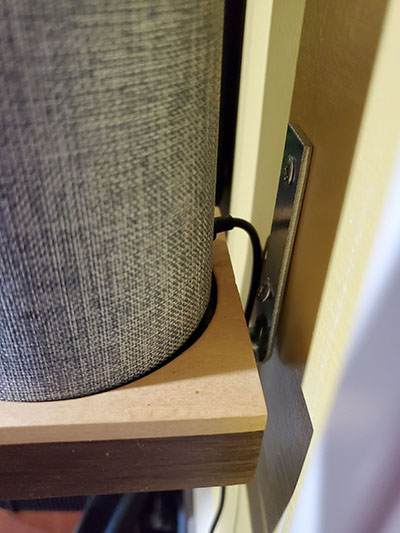 Set in the Echo, plugged it in, done. And I think it looks so much better than buying some plastic thing.

One thing I did mess up on… I routed the bracket groove all the way across, that was not my plan, but I forgot and things happen, right?

Hope it gives some folks ideas. Love to see what others have done. Post about it in the comments below.